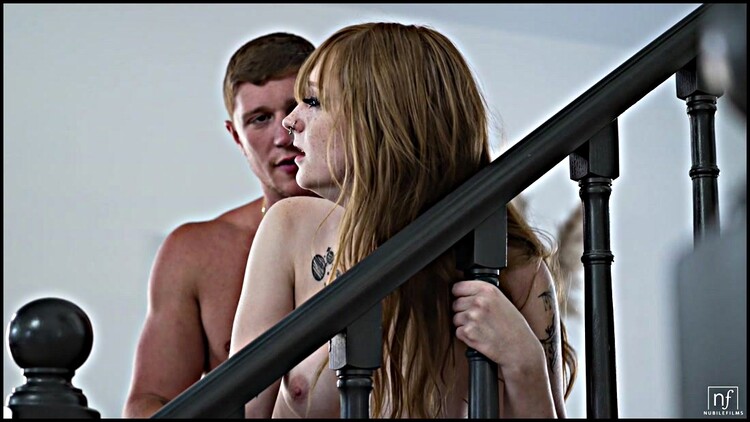 [center]Shoving Oliver Flynn against the wall, Amber Stark makes her desire for him known. Oliver is no fool; when the hot redhead wants to fuck, he can definitely make that happen. His hands are all over Amber's ass and tits, priming her for a good time.Once Oliver lifts Amber to the kitchen island, he works his way down her body. His first stop is where her nipple presses against the sheer delight of her bra. Stop number tow is to lick at the heat of her desire through the cover of her thong.Lifting Amber up, Oliver tries to head to the bedroom before he is waylaid at the stairs. Amber demands another set of searing kisses as her hand slips to cup Oliver's arousal. Pinching Amber's nipples and spanking her ass, Oliver makes it clear that if she wants it that bad she can have it. When she assents, Oliver turns her around to peel her thong off. In return, Amber pushes him against the stairs so she can spring his stiffie free and start sucking.The sexual power struggle continues as Oliver turns Amber back around over the desk. This time, he gets to his knees and buries his face in the delight of her slick slit. Licking and sucking Amber's meaty pussy as the redhead squeezes her own tits is the perfect foreplay to get them both ready and raring to go. Amber gets back on her feet and leans against the staircase as Oliver finally slides it in from behind.Moving their party into the living room, Oliver takes a seat on the couch. Amber climbs into his lap and slides down with her back to his chest so she can ride the stiffie in reverse cowgirl. Snaking his hand around, Oliver rubs Amber's clit to elicit even hotter mewls of delight than he's already getting. When Amber turns around, Oliver enjoys the jiggle of her titties as she keeps rocking her hips.Climbing on top of the couch, Amber lays back and uses her leg up on Oliver's shoulder for balance as he reenters her. Those deep strokes are almost everything she needs. When Oliver diddles her clit, Amber comes apart. Oliver pulls out to spurt his cum shot all over Amber's stomach as she finishes the job, leaving them sated and cuddling. 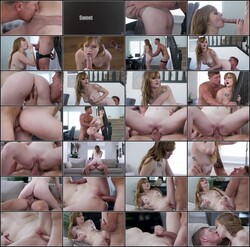