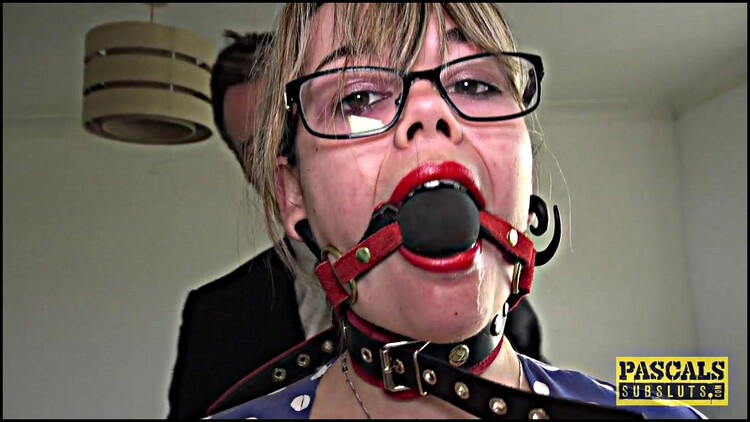 [center]Anyone who saw Madison Stuart's first scene for PSS won't have forgotten it. The girl was so turned on that when she was told to expose herself to the camera for the first time, for her solo vid, her pussy was creaming heavily. She pretty much came non-stop all the way through her vids. Alas I wasn't in attendance for this one, I just edited it. But despite seeing her get off so much I felt there was still a lot more to be got from her. I wanted to bring her back and get Pascal to really push her, for him to be rougher with her, to tease the hell out of her and then fuck her to smithereens. And all that was A-OK with Madison. She wanted to shoot a harder scene herself. She brought along a collar and chain, a ball gag and some ankle restraints. She made a point of saying that her biggest turn-on is getting choked. The 23-year-old woman who emerges from her interview is somebody who's a little shy and a bit of a homebird ("a wallflower," she calls herself) and who's only fucked four guys in her private life. Put that together with a sexuality that craves really rough sex and you've got something pretty explosive, and the videos we then shot with her did not disappoint.The scene begins with Madison strung up to the hook in the ceiling by her neck, her ankles and wrists bound and with a ball-gag in her mouth. She's then pushed forward by Pascal so she can't breath, and made to count down from ten, and also made to do this herself. She's then fingered until she cums, still strung up, and fucked until she cums twice. She also starts to cry, in a good way, something that she repeats later on. Once detached she's then used, abused and utterly trashed a whole lot more, as you'd expect from the UK's premier purveyor of seriously hardcore smut. At the end she's one seriously happy bunny. And like last week's SubSlut Loula Lou, she also radiates a beautiful 'just-got-the-life-fucked-out-of-me' glow, something that I suppose all of our SubSluts radiate after their shoots but that I've particularly picked up on with the last two.